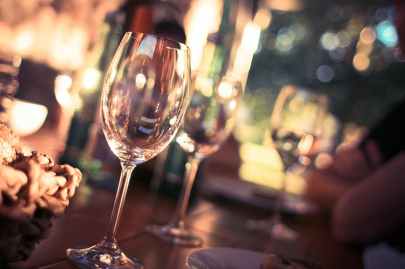 Anthony Bourdain lost the fight with his disease, depression, today, and was found dead while on location in France. He was working, going through what I can only assume is a usual daily routine for him.

That scares the hell out of me.

My heart bleeds for his daughter and the rest of his family and every person who loved him and knew him. Even his hardcore fans are in my thoughts.

My husband was and remains in awe of Anthony Bourdain. They have many parallels in their lives, both love good food and to cook, both have depression, and both have had serious alcohol problems in the past. My husband frequently pointed to Anthony Bourdain during a now familiar argument. The argument would always begin like this—

Me: You’re not supposed to drink on the pills that keep your brain functioning. They literally make your brain not hurt you.

Husband: I won’t drink in the house. I’ll do what Anthony Bourdain does, he only drinks when he’s out having a good time.

This always enraged me.

For a very long time I loathed and despised Anthony Bourdain. I wasn’t even able to enjoy his shows because every time I saw that silver hair and those deep eyes I thought, “You’re the reason my husband still thinks it’s okay to drink. You’re such a fucker.”

Now? Now I feel terrible. Now I see other possibilities: He was fighting hard to achieve balance and stay well, and that was his solution, to still drink sometimes so that he wouldn’t throw it all over and go on a bender one day. And in the end, no matter how hard he fought, no matter how successful he was, that horrible disease won.

And it’s terrifying. I can’t help but see my husband there, my husband lying alone in some hotel room in France, off working away from his family and the people who might have been better equipped to help him see that he needed to go to the hospital or talk him down.

It doesn’t matter that my husband never leaves the county, let alone the country, to work. I can’t help but see those similarities.

What I’m hoping, very much, is that the tragedy of Anthony Bourdain’s loss to our community will compel more understanding of depression, especially for men. For many years, most of his formative ones, my husband who very clearly displayed depression and anxiety symptoms in hindsight, was told to “man up”, “stop being lazy”, and “get his act together”, when what he really needed was a serotonin reuptake inhibitor. Unfortunately, my husband’s first year of college was interrupted by his disease. He couldn’t make himself go to classes, he dropped out, he went home. It had a ripple effect on the rest of his life. To this day he hasn’t finished school and works jobs that he might not have if he’d finished his education.

But depression is a struggle, and it steals things from people. I’m glad it hasn’t stolen his life.

My husband is doing better now, after several frantic despair filled years, but it’s better by degrees. He still has days when he comes home from work and sleeps all day. He has entire weeks where he can’t sleep more than 4 hours a night because of his anxiety, and then he wants to turn to alcohol. Which is a trap, as it makes the medication less effective, and makes everything worse, which makes him want to drink more, and on into perpetuity until he’s an alcoholic mess again, which his family helps him avoid.

And that’s what people with depression and anxiety need. Friends and family. People to be there, not smother, but people close enough to say, “Hey, you’re not doing as well as you usually are, do you need anything?”

And I wonder if that person wasn’t there for Anthony Bourdain, or if they were was he a good enough actor that they never knew how terrible he was feeling? Was his decision to kill himself a dark whim that may have passed otherwise, but since he was alone, didn’t?

My husband has us, but I do lay awake and worry some nights about what might happen to him if I were in an accident and died and he was left alone. How long would it be before he followed me? We have children and they need him. Would they be enough to keep him going? These are the thoughts of people who love the chronically depressed. We know, deep in our hearts, that sometimes the people we love think about death as a soothing alternative to existing. And it terrifies us.

And we still love them with all our hearts.

May the end of your struggle shine a light on all the ways we can help those we love.

I write and sunbathe whenever possible. View more posts